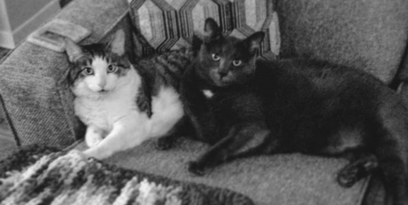 Krystyna Byers grew up in the nuke town of Pickering, Ontario. At 15 she moved to Peterborough where she attended a boarding school called Lakefield College School. She went on to The University of Western Ontario where she obtained an Honours Specialization in English Literature and Language with a Minor in History. At Western she studied creative writing under Larry Garber, a man whose passion for literature greatly influenced her to write. After her undergraduate degree she went on to acquire her Masters of Fine Arts in Creative Writing from Cedar Crest College where she studied under writers such as Fred Leebron and Jake Lamar. She then graduated valedictorian from The Toronto Film School in their program for Writing for Film and Television . She has been a reader for Digital Americana, The Barcelona Review and Coverfly.

She currently lives in Toronto, Ontario with